Brotox or Beau-tox is a new term being used not only in the plastic surgery field, but among everyday men who want to look a little younger without surgery. According to a recent study in the Cosmetic Dermatology journal, the number of men getting Botox®– which relaxes facial muscles to minimize lines and wrinkles – has grown 258 percent over the past decade.

“Male patients who have had Botox® look better and have more confidence, which they believe gives them a competitive edge,” explains Dr. Swift, a board-certified plastic surgeon in New York City. Last year, more than 300,000 men got Botox®, according to figures released by the American Society of Plastic Surgeons. That is a 10 percent increase from the previous year. For years, women have overwhelmingly embraced Botox® and fillers as ways of reducing the appearance of wrinkles and aging. Now, the trend has finally caught on and seems to be growing dramatically among men.

So, what gives? Many are wondering why Brotox is on the rise. Is it due to our society being more open and accepting of cosmetic enhancements? Are men feeling more pressured to look their best? Weigh in on the topic. Share with us what you think! 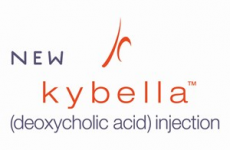 Your Alphaeon Credit card can pay for a wide range of medical treatments and even products, in fields like dermatology​ ​​and plastic surgery – as long as your physician is enrolled in Alphaeon. Please feel free to contact Dr. Swift’s office if you have any questions regarding healthcare financing.