How to Lose Weight for Summer: 32 Tips From Top Doctors

Everyone has some facet of his or her being that causes a bit of unhappiness. Whether it’s awkwardly long fingers, an unfortunately positioned mole, or a few extra pounds around the midsection, we all have one or two things about our own bodies that bug us or that we wish we could change. While some things are more difficult to change than others, our weight is something that can shift if we’re willing to put in the work to make it happen. 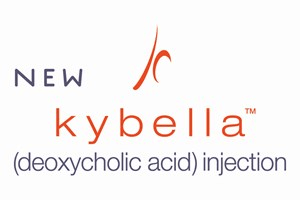 We are always in search of the latest and greatest innovations to reduce, remove, implant, or enhance our aesthetic, especially when it comes to fighting the infamous battle of the bulge. A just recently released product seems to be the “next big thing” when it comes to that. For those of us who don’t have the necessary downtime needed for surgery or just simply don’t feel comfortable with it, there is now a product called Kybella® that literally melts away the submental fat underneath the chin. So many of us complain of the turkey neck or double chin, and now with a few injections, you can rid yourself of that fat in just a few treatments.
The first FDA approved injectable substance to treat submental fat, Kybella® is designed to dissolve stubborn fat under the chin. Kybella® is deoxycholic acid, a fat-absorbing substance found in our bodies naturally. When injected, it destroys fat cells under the chin, leaving the skin substantially tighter and the jaw more contoured. For most people, it would take 2 -4 treatments of Kybella® to remove the majority of submental fullness. Could Kybella® be the next “Botox”?

Skincare Basics – Are you aware?

Everyone knows the basics of skincare, things like wash your face in the morning and before bed and to use a moisturizer, regardless of your age. When youth is on your side, you tend to not worry so much about your skin, but as the years pass by, we start paying more attention. We start to see new and different moles, sunspots, and uneven skin tone. If you have more spots than a zebra, listen up! There are a few ways to combat this. First off, always use sunscreen, even on a cloudy day. I use Sente, which is an awesome sunscreen that doesn’t clog my pores and isn’t heavy on my skin, and it even has a light bronzer in it. Sunscreen is the single most important tip for skincare. Also, a hydroquinone cream can be useful to even out some of the dark spots. I always suggest Retinol as well, which doesn’t do much for pigment changes, but is great for fine lines that are also acquired from sun exposure.

If you finish this summer and hyperpigmentation or “spots” on your skin, come in and see us for a spot peel by Dermaceutic. This peel basically has zero down time and is super effective, which is a rare combination. Regardless of how your skin looks now or at the end of summer, remember to always wear your sunscreen!

Labiaplasty – To Trim or Not To Trim? 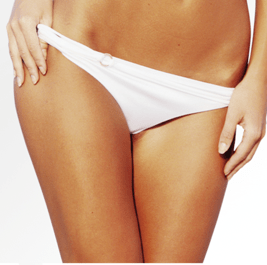 Labiaplasty may be a new term and concept to those of an older generation. However, 20 and 30- somethings are very familiar with it. Labiaplasties are becoming one of the top procedures in our practice. According to the American Society for Aesthetic Plastic Surgery, the number of labiaplasty procedures increased 44% over the course of 2014. Women are now not only concerned with the size and shape of their breasts and buttocks, but now women have a growing concern over the size, shape, and color of their labia. It has been suggested that the increased awareness of that particular area of female anatomy is due to a rise in popularity of grooming (i.e. waxing, laser hair removal, etc) and the increased visibility in movies and media.

The real question that women want to know is: how important is the size, color, symmetry, and shape of our labia? A survey was recently done by MDLinx.

Out of 1,847 male respondents between the ages of 18 and 80, more respondents considered smaller labia attractive compared to large labia, while 36% remained neutral. And a surprising, 51% of participants felt the appearance of a woman’s labia actually influenced their desire to engage in sexual activity.

This leaves us women with one last question: to trim or not to trim?

There has been a huge shift in aesthetics in the past few years, and the trend keeps growing. There are no ethnic boundaries and no age or sex restrictions. It seems like everyone in the past few years is craving larger, lifted and more plump buttocks. Beginning with J Lo, and other celebrities to follow, like Kim Kardashian and Nicki Minaj, the buttocks have received outstanding amounts of attention. Plastic surgeons have seen an enormous increase from patients, wanting to enhance their buttocks. Brazilian Butt Lifts have become as “everyday” of a procedure as breast augmentations. Usually, the process entails harvesting fat from the patient’s midsection to inject into the buttocks, creating a more shapely, rounded and curvaceous look. Dr. Swift performs at least 5 Brazilian Butt Lifts a month, on patients varying in age, race and sex. American aesthetics have certainly changed from the 90’s “coked out” Kate Moss model look, to the days of “Curves” now. Like Sir Mix A Lot and Nicki Minaj’s just rereleased song: “I Like Big Butts and I Cannot Lie,” apparently the rest of America does now, as well. If you would like to find out more information about Brazilian Butt Lifts, please call our office at 212-577-9324 or visit the “Brazilian Butt Lift” section of our website www.plasticsurgeonnyc.com.

Financing Your Next Procedure

Financing is often an issue for patients. I have recently had the pleasure of dealing with some younger patients who were dealing with this issue. The procedures that they were interested in were not just to enhance their appearance, but rather to correct an aspect of their appearance to a point that they would feel “normal” by today’s standards. Having recently entered the work force, they felt a little hopeless when it came to the subject of financing surgery. However, having gone through this myself, I was able to provide various avenues for the patients to research. I had a breast augmentation just a few years out of college. I had just started my career and wanted it badly enough that I had to get a little creative with the financing part.

After doing thorough research, I opened two no-interest credit cards and financed the remainder through a personal loan from my bank. It took me years to pay off, but my self-confidence was worth every penny. I was able to suggest some different avenues to patients and they were thrilled when they came back in, fully prepared for their surgery, which would transform their self-confidence for a lifetime. I always say, if you want something badly enough, you will find a way to make it happen! And if you can’t find a way, maybe we can help!

Brotox – the rise in Botox® among male patients

Brotox or Beau-tox is a new term being used not only in the plastic surgery field, but among everyday men who want to look a little younger without surgery. According to a recent study in the Cosmetic Dermatology journal, the number of men getting Botox®– which relaxes facial muscles to minimize lines and wrinkles – has grown 258 percent over the past decade.

“Male patients who have had Botox® look better and have more confidence, which they believe gives them a competitive edge,” explains Dr. Swift, a board-certified plastic surgeon in New York City. Last year, more than 300,000 men got Botox®, according to figures released by the American Society of Plastic Surgeons. That is a 10 percent increase from the previous year. For years, women have overwhelmingly embraced Botox® and fillers as ways of reducing the appearance of wrinkles and aging. Now, the trend has finally caught on and seems to be growing dramatically among men.

So, what gives? Many are wondering why Brotox is on the rise. Is it due to our society being more open and accepting of cosmetic enhancements? Are men feeling more pressured to look their best? Weigh in on the topic. Share with us what you think!